We are seeing a serious rise in the environment of neuro-toxic chemicals and heavy metals. The resultant accumulation of heavy metals in the human body poses significant health risks. Chronic mercury exposure from occupational, environmental, dental amalgam, and contaminated food exposure is a significant threat to public health.

By way of contrast, estimates of the daily absorption of all forms of mercury from fish and seafood is 2.3 micrograms and from all other foods, air and water is 0.3 micrograms per day.

The mercury vapour from the amalgams is lipid soluble and passes readily through cell membranes and across the blood brain barrier. It is scientifically clear that amalgam mercury transfers to human tissues, accumulates with time, and presents a potential health threat.

Amalgams are made up of 50% mercury which is not locked into the filling but rather, the mercury escapes continuously during the entire life of the filling in the forms of vapour, ions and abraded particles via chewing, brushing, and the intake of hot fluids stimulates this release. The absorption rate of inhaled mercury vapour is extremely high, with approximately 80% of the inhaled dose reaching the brain tissue within one blood circulation cycle. Mercury, once in the nervous system, stays there permanently, unless it is detoxified.

The overt clinical effects resulting from toxic exposure to mercury have been clearly described. The scientific literature shows that amalgam fillings have been associated with a variety of problems such as autoimmunity, kidney dysfunction, and interference with the immune system, fatigue, poor memory and certain psychological disorders. Patients with many amalgam fillings will also have an increase in the prevalence of antibiotic resistant bacteria and increased likelihood of infertility.

Intracellular mercury can cause chronic fatigue, cancer and learning disabilities. Extracellular symptoms of mercury toxicity include: CNS irritability, anxiety, nervousness, fearfulness, emotional instability, loss of self-confidence and shyness. In adolescents, these symptoms are particularly damaging as they impair one’s normal social development. Additional symptoms may include: loss of memory, especially room-to-room memory, impaired concentration, and insomnia. Mercury toxicity will also tend to cause hypothyroidism. Additionally, fibromyalgia pain, which is frequently experienced as areas of numb and burning pain, is improved with mercury detoxification.

SAABP promotes mercury-free, mercury-safe, and biological/biocompatible dentistry and medicine. Because of our objectives and knowledge base, SAABP is very concerned about exposure to mercury when amalgam fillings are removed. The process of drilling out amalgam fillings liberates quantities of mercury vapour and fine particulates that can be inhaled and absorbed through the lungs, and this is potentially harmful to patients, dentists, dental workers.

Dentists who have obtained SAABP certification from SAABP have met all the International criteria stipulated as protocol for safe amalgam removal and completed coursework related the detoxification protocol required to enable the body to safely remove the mercury from the body. The educational programme offered to those dentists wanting to practice biological dentistry includes learning about the application of the rigorous safety measures, including the utilization of specific equipment for both safe removal and safe elimination of mercury, as well as the detox protocol and the science behind it. Dentists achieving SAABP accreditation are recognized for their completion of this training and their ongoing application of it within their practice. Their names are listed on the SAABP Dentist Directory so that patients opting to find a dentist knowledgeable about the Safe Mercury Removal can do so.

Remove all amalgams from the mouth using the protocol laid out by IOAMT and SAABP (you can obtain this protocol and a list of accredited Biological dentists and doctors from: info@campsbaydentalstudio.co.za). Dental amalgam restorations have been referred to as silver fillings, but they contain 50% mercury, so the name is a little deceptive despite their silver appearance. Reports and research have consistently shown that these fillings emit mercury vapour and scientific research demonstrates that dental mercury amalgam exposes dental professionals, their staff and their patients including a patient’s unborn foetus to release of mercury vapour and mercury containing particulate.

An unsafe amalgam removal process releases mercury vapour and particulate that can be harmful to the patient, dentist and dental staff and the environment.

At Camps Bay Dental Studio and SAABP we use extensive safety recommendations for the removal of existing dental mercury amalgam fillings, that have been devised by the International Academy of Oral Medicine Toxicology (IAOMT) and using the most up to date science and research.

These recommendations were updated on 1 July 2016 and are known as Safe Mercury Amalgam Removal Technique (SMART) and are outlined in this article. The scientific references can be found by looking up IAOMT/SMART.

In addition to the SMART protocols CBDS and SAABP include:

At your initial consultation, the SMR (safe mercury removal) protocol will be discussed with you as it will require your active participation for the reasons discussed above to ensure that mercury and other heavy metals which have accumulated since their original placement in your body, are detoxified safely and effectively from your body. A full treatment plan will be proposed tailor-made for your mouth and your needs. You will need to begin the detox program for a minimum of 2 weeks (ideally one to two months) before amalgam removal.

DETOX PROGRAM PRIOR TO AMALGAM REMOVAL, PREPARING THE BODY BY STRENGTHENING THE IMMUNE SYSTEM AND FOR EFFICIENT MERCURY DETOXIFICATION FROM THE BODY :

The day of amalgam removal

(If the patient were compromised it would be best to remove only one filling and observe how they tolerate the procedure. If they tolerate the removal they can then proceed to one or two quadrant removal based on the number of fillings present.):

To protect against contamination by the substantial quantities of particles generated during the amalgam removal procedure that will elude collection by suction devices and that have been demonstrated to disperse throughout the dental surgery to all parts of the patients and dental team’s bodies and clothes.

The following body covers are utilized:

During the amalgam filling removal the patient is supplied with external oxygen delivered via a nasal mask or cannula to prevent inhalation of mercury vapour of amalgam particulate during the procedure.

The following suctions are utilized during the procedure to reduce mercury and amalgam particulate exposure:

During the procedure copious amounts of water are used to reduce heat build-up and help contain the mercury vapour and fine particulate matter.

The amalgam is sectioned into chunks and removed in as large pieces as possible using a small diameter carbide drill further reducing the amount of mercury and fine particulate.

Amalgam fillings, depending on their size, are replaced with aesthetic and non-toxic composite resin material or ceramic or porcelain inlays/onlays/crowns. A tailor-made treatment plan with the optimal options will be discussed with you at your primary consultation so that you can make an informed decision on your final treatment.

After the fillings are removed, open The Detox sachet (available from info@campsbaydentalstudio.co.za), sprinkle onto teeth, mix with saliva, and keep in mouth for 10 minutes to mop up metal residues. Don’t swallow. Instead, spit out and rinse mouth. Repeat both steps after procedure is over. Repeat again that night.

The system is fitted with an amalgam separator to collect mercury amalgam waste so that it is not released into the effluent from the dental office.

All impermeable barriers and the amalgam separator filters are collected by a professional waste disposal company that disposes of the waste according to the regions environmental laws.

Fruits and vegetables rich in vitamin C can reduce the damage caused by heavy metal toxicity by acting as an antioxidant.

Cilantro and other green vegetables

Cilantro and green leafy vegetables like kale, spinach and parsley are detoxifying and can help reduce the build-up of heavy metals like mercury in the body.

These vegetables contain sulfur which helps your liver detoxify itself of heavy metals like lead and arsenic.

Drink 8 ounces of water or vegetable juice every two hours to help flush out toxins.

Omega-3 fats and fibre can help with detoxification of the colon and reduce inflammation.

It will be important to consider use of a probiotic that has more strains than just Lactobacillus acidophilus. Consider using one that has many different strains and in high concentration or one of the preparations that have soil based organisms such as Bacillus subtilis.

One should make certain that the patient is having two to three bowel movements per day. High fibre diet is essential. This will decrease the likelihood for mercury reabsorption during the detoxification process. One should use large doses of magnesium glycinate or citrate or vitamin C to increase the stool frequency.

However, it is important not to have loose stools, as this would be counterproductive.

Farmed fish – Can contain heavy metals, dioxins and PCB’s which are highly toxic.

Food allergens – If your body is fighting against common allergens, it will not be able to detoxify from heavy metal poisoning.

Non-organic foods – These foods increase exposure to chemicals which make symptoms worse. Some of the worst offenders include conventional apple juice and brown rice products.

Foods with additives – Additives are chemicals that can aggravate toxicity symptoms and decrease your body’s ability to detoxify.

Alcohol – Is toxic to the body and can make it more difficult for your liver to process other toxins and contributes to toxic load.

Acts as a natural chelator to remove heavy metals.

Milk Thistle aids in detoxification of the liver. 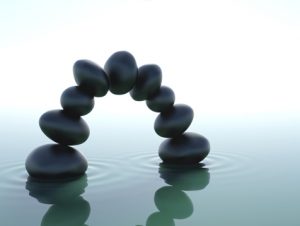 Kinesiology, quite simply, helps restore balance to the body. “Who looks outside, dreams; who looks… 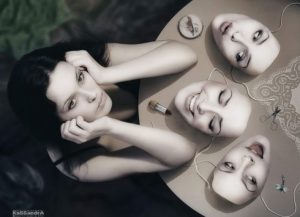 Oubliette ‘A place where one is forgotten’

Lay down the masks and just be. Have you ever found yourself in a situation,… 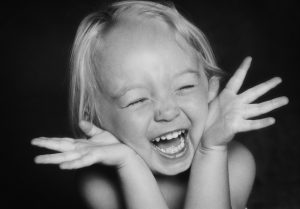 Your Attitude Determines Your Altitude.

Being happy doesn’t mean that everything is perfect. It means that you’ve decided to look beyond…