Dr Maria Theologides was invited as co-founder (with Dr Paolo Brogneri) of SAABP (the South African Academy of Biological Practitioners), the African Representative of the IAOMT (International Academy of Oral Medicine and Toxicology), to attend: The second meeting of the Conference of the Parties (COP2) to the Minamata Convention on Mercury held at the United Nations International Conference Centre in Geneva from 19 to 23 November 2018.

The Minamata treaty, which came into force on 16 August 2017, now has 128 signatories, and 101 countries have ratified it. As at the first COP meeting, the health and environmental impact of mercury and dental amalgam continued to be a major focal point.

In August 2017, a new convention governing the use of Mercury came into force, a global commitment to reduce health risks and environmental damage from mercury pollution.

The 128 countries have become parties to the convention who are now legally bound to take measures towards eliminating new sources of mercury, reducing its use, trade and emissions, and regulating disposal of the element.

“Upon entry into force parties are obliged to obey all obligations within the Convention, some immediately (like the ban on the opening of new mercury mines); others, in a few years – for example, the phase out of the manufacture, import and export of mercury-added products takes effect in 2020,” – Sheila Longan of the Interim Secretariat of the Minamata Convention.

Mercury is released naturally into the environment by volcanoes, forest fires and the weathering of rocks. However, most comes from human activities such as small-scale gold mining. It persists in the environment, no level of exposure is safe and mercury poisoning is incurable. Most at risk “naturally” are people who eat fish and shellfish that contain high concentrations of methylmercury (the organic form of mercury). But increasing it is being recognised that mercury vapour is released from dental amalgams, not only during its placement, but through its lifespan in the oral cavity. In addition, its unsafe removal from the mouth poses further health risks to the patients and the dental personnel.

Contamination with even small amounts may damage the nervous, digestive and immune systems as well as lungs, kidneys, skin and eyes. Fetuses and young children are most susceptible, with studies documenting mental retardation in a small proportion of children in fishing communities of countries such as Brazil and China.

The Convention takes its name from the world’s worst mercury poisoning incident, which affected thousands of people who ate contaminated fish in Minamata Bay, Japan, in 1956.

Its provisions include banning new mercury mines, phasing out existing ones, and regulating the use of mercury in artisanal and small-scale gold mining. Some15 million miners in 70 countries risk mercury poisoning.

Countries with major artisanal and small-scale mining industries, such as Peru, a party to the Convention, must reduce or eliminate the use of mercury and mercury compounds in that industry.

Other countries with major mercury challenges include those with significant emissions from burning coal and incinerating waste such as China and us, South Africa, as well as countries like Mexico with mercury mines.

In addition, the convention stipulates that mercury must be replaced from items such as light bulbs, thermometers, cosmetics, batteries, and teeth fillings, as well as from manufacturing processes that use mercury or mercury compounds.

SAABP, is the African chapter/representative of the IAOMT,   a global network of dentists, health professionals, and scientists who research the biocompatibility and impact on human health of  dental products and procedures including the risks of mercury fillings, non-biological restorative materials (such as aluminium containing composites and ceramics), fluoride, root canals, cavitation areas and sugar.

We submitted a paper identifying the following pathways of mercury: dental office wastewater, dental waste going into landfills, air discharge from dental offices, incineration of dental waste, cremation, burial, human waste, mercury vapour from breathing, and illegally sold dental mercury for artisanal and small-scale gold mining. I was able at both an African delegates meeting and at the international Health Sector meeting to convey our belief that the mercury issue needs to be addressed with greater urgency and that doctors need to be taught to recognise the effects of toxicity of heavy metals on the human body and their detoxification, while dentists need to be trained on the safe removal of the dental amalgams from the mouth.

Harmonised custom codes were also addressed to include not only bulk mercury for dental use, but also encapsulated dental amalgam. In addition, all parties and non-parties to the convention were asked to consider implementing steps to reduce or eliminate the environmental pathways created by the use of mercury from dental amalgam, including mandatory mercury amalgam separators. This was in accordance with the Minamata Convention’s nine measures to phase down the use of dental amalgam, namely promoting the use of best environmental practices in dental facilities to reduce releases of mercury and mercury compounds to water and land.

Throughout the week, we met with delegates to discuss strategies for implementation of these nine measures to phase down dental amalgam use. I had several meetings with our Minister of Environmental Affairs, who expressed interest to work with us to help implement changes in policies that will facilitate this process across South Africa. The Africa group was extremely vocal in its concerns on dental amalgam, and the urgency to stop its use in order to protect the health of women and children. Many of the participants were in support of following the European Union’s ban of dental amalgam for children under 15 and pregnant or breastfeeding women that came into effect on 1 July 2018. Meetings with several African Ministers, voiced similar commitments towards bringing about education and legislative changes so incorporating cooperation with all relevant stakeholders; including ministries of health, IGO’s, dental associations, and NGO’s of the convention on mercury-free dentistry.

The Latin America and Caribbean group also supported this ban. The environmental project coordinator for Honduras, Pablo Rodríguez, shared his country’s pilot project on eliminating products and processes that use mercury in the health care sector in the four largest hospitals in the country. They have eradicated the use of medical devices that use mercury and the use of dental amalgam in these hospitals. He said that this project was started in 2014 and is gaining momentum and has now become the model for his country’s transition out of mercury use in the health care sector.

A concerted commitment to end the use of dental amalgam was evident during COP2. Delegates throughout the week agreed that this use of mercury must end.

We hope that doctors will join our mission to create awareness amongst their patients, obtain the necessary knowledge to recognise heavy metal toxicity and be knowledgeable on its detoxification, but also encourage patients to seek fully trained and accredited Biological dentists (which SAABP is training) for the safe removal of dental amalgams from their mouths. 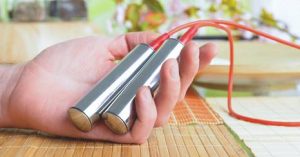